I have managed to have a working prototype of the UPCD (ugly prototype control dongle). It connects to the camera via the flash socket yet the flash is usable when removed and exchanged for a flashbar or a MiNT flash. The UPCD comprises a rotary selector of 16 (or 10) positions, two switches, one LED and a flash connector(its a 2.5 jack) that can easily be connected to a flash or studio flash.

I was thinking aside from the usual B, T and usual speeds options (1sec, 1/15/, 1/30, 1/60, 1/125, 1/180, to have a “mirror position” in that position when you press the button the mirror comes down but doesn’t take the picture. You have to then choose a speed and press again. That way you could avoid vibrations in some situations. 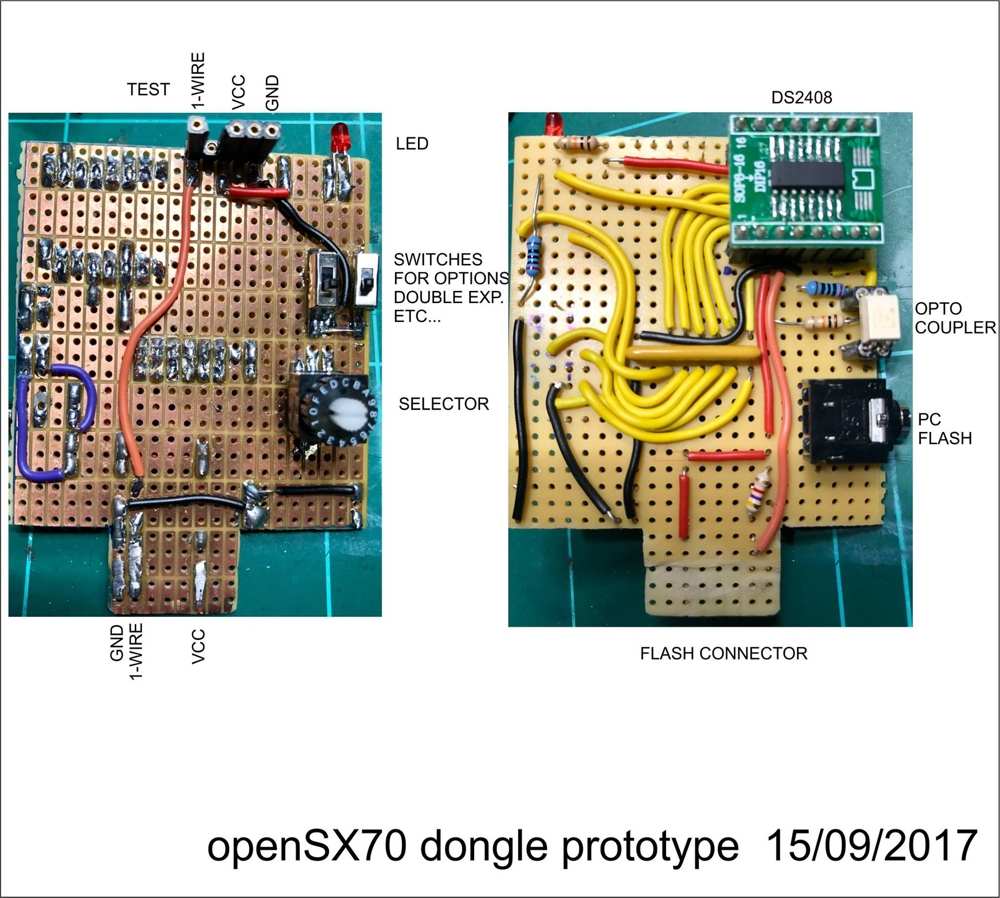 I was thinking also a PC-flash option for 1/30 and another for 1/60, but I don’t know if this is going to be necessary, maybe just for f.8. I could understand that sometimes you might want the shutter to open at smaller apertures as in normal SX70 photography and sometimes you want full f.8 no matter what.

Of the two-position switches one would be to choose between double/multiple exposure or normal operation and the other switch I have no idea and am open for suggestions.

I have implemented a 10 seconds timer delay by keeping the button pressed for a while. So there’s no need to use a switch for that.