“The project we are all working towards”

WOW, THANK YOU, I don’t know what to say: We have reached more than 1300 people in the closed openSX70 group in Facebook and almost 800 followers on Instagram and that is just amazing. Thank you so much all for supporting the project it means a lot.

I want to talk about expectations and pace. And the new stuff.

Please note that this post is only about the the main electronics and has nothing to do with the dongle and the amazing work that Santi is doing. I am doing (yet) another post about the dongle, coming very soon.

It’s a fact that at this moment in time I seem to be (mostly) the only one actually working, that doesn’t mean that I don’t get help, I do and I am really thankful.

But this is not being easy for me, that in my delusion just wanted to kickstart the project and somehow steer it. In reality I ended designing the pcbs and the code, through iterations, yes, many many iterations I cannot recall anymore how many different generations I have done, but believe me, way too many.

One of the personal goals I set for myself from the beginning was to avoid pressure and stress, and enjoy the ride. But that of course is easier said than done. I have had many low moments, when things didn’t work and nothing made sense and had basically almost no one to turn to.

Now we seem to be leaning undeniably towards a product things get more complicated, everything has to be tested and re-tested and then some.

Meanwhile, the way I work may startle some people, sometimes I try to reach too far with stuff and goals that are not really necessary now, and sometimes I like to go back to basics and try to understand why the camera does this or that, I am talking of course about things like sonar, S4 and things like that. You might think that these matters are not important, that don’t help the “product” but they do, and they are to me, so that’s the way it is.

Keep in mind that I not only do most of the hardware and software, but also the website and social media.

Going back to my iteractions, I usually design the pcb and have it manufactured in China, by the likes of Seeed Fusion, JLCPCB or, lately with more success, PCBWAY. I have also used OSH Park in the past but being in EU it makes no sense. 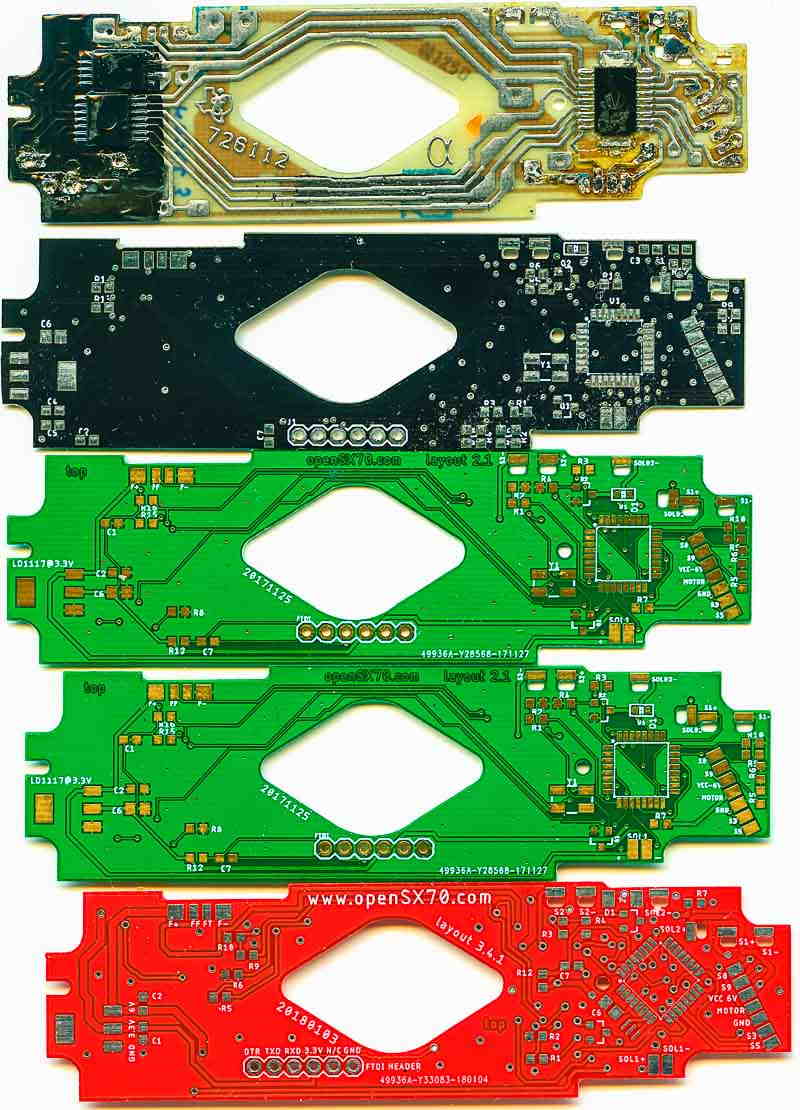 Then I hand build the pcb and test the basics, if they check out I might build a prototype.

Hand building the pcb is tedious work, with many really small smd parts. Even though I have a pizza oven turned into a reflow oven, I usually do it with the iron and hot air.

Bottomline is, I might spend more than an hour in each “kit” I build.

And this brings me to the next question: I am trying to make openSX70 available for as many people as I can (I have lost track but close to 20 kits shipped all in all) to build and test their own prototypes, I do this at my own expense, and it is not cheap, mail alone is quite a bundle… but that is the way I do it. I am not complaining.

I ask for nothing in return, granted, but the feedback I have got is minimal, as in many times none, and I keep thinking why is this happening? Let me say that I appreciate all the help and good intentions, so please don’t get this wrong, but I have come up with a few ideas:

In any case I want to thank you all for your interest, means a lot. I wish (in general) it would be more “what can I do to help?” rather than “I need help building MY OWN from scratch”…

And believe, we need help:

Hardware is more or less final, with two different sensors, for the moment I am sticking with the TSL237T, but like TCS3200 a lot. So I have designed a new PCB which is a small evolution of Meroë, that I was going to name Meroë II but, why not, I have decided to call Edwin, because why not?

Software is another beast. It’s a mess. It is in need of cleaning up and getting some structure, I mean, it works mostly but it’s not nice. And that, on my own is going to take a while…

So here’s some thoughts: I want to make feedback more “scientific” and (on every test shot) record all the settings, type of film, expiration, if there was tongue, exposure as measured by an external device… and so on. I want to probably make the photographic research more local I want probably rather than send a kit send a working camera, as far as I can afford it. (Yes, there’s a donation button somewhere in the website!) Maybe also have the tester sign some sort of paper (argh, that’s the lawyer in me).

As a side note I have received an offer to sponsor the project from PCBWAY, I have used their PCBA services for the FTDI board but I have never manufactured just the bare PCBs, and since I have to manufacture new ones I will shortly order PCBs from them. Thank you PCBWAY!

These are the latest designs, ERWIN (why not?) is an evolution of Meroë, with very few improvements, basically I have reallocated the FPC connector as in the SONAR Passthrough PCB. Oh, and some graphics.

SONAR FBW is another version of SONAR with a high side switch to “fly by wire” the autofocus function. Unfortunately I think it is already obsolete since I have noticed while reverse-engineering the original PCB that there is something odd with the F- (on the FFA and Flashflex), it is not GND (as in my design). That would explain a lot. The good news is that I might save somehow SONAR PCBs (actually they are perfectly fine for non-sonar cameras and maybe Model2). I have to test disconnecting F- from GND. Will keep you posted. I am making the original schematic of a sonar PCB as we speak. 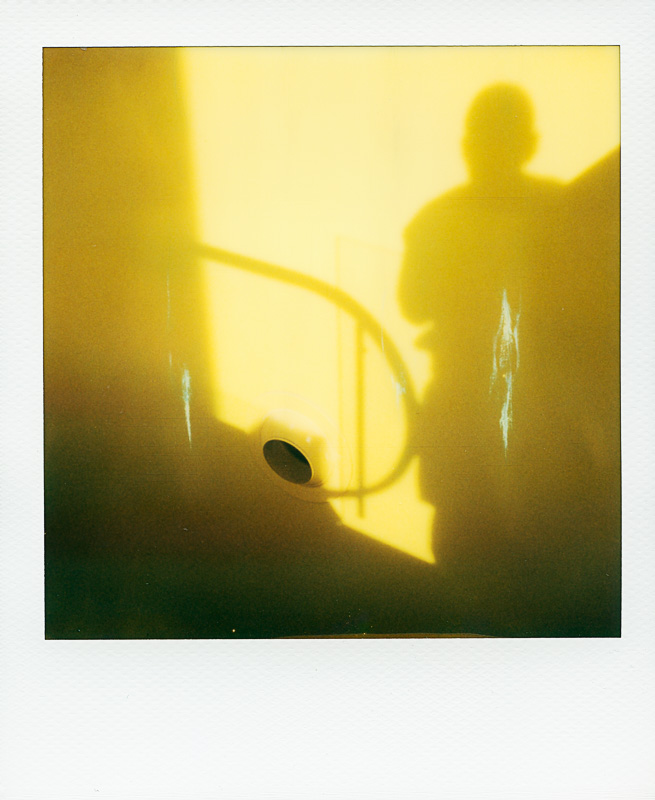 imagine a cave where people… self portrait shot at Barcelona’s design hub last saturday with ISO600 and sensor TCS3200 with Magic Number = 120.

And if you think you can contribute to the project, please contact me.