Where no SX70 has gone before

So quite a few news.

First of all I got the new assembled PCBs from PCBWAY and they look fantastic, and they even work. Just kidding! If you are manufacturing PCBs or doing prototypes my advise is to over communicate with the fab house. You can never do it too much and PCBWAY makes it simple.

I also got have been lucky to score the amazing “Polaroid advertising begins” press kit. Like with the shareholders report I will scan it and share as soon as possible.

There’s also the SX70 “lost” movie “Dolores and the SX70” a 16mm 14 minutes short. I hope to have it scanned as soon as possible. I am really intrigued.

So, like three years into this, one has been following a path, that is in part what I though it would be, but it’s also a path of amazement, first about oneself, and what one can accomplish if you just do it, without thinking too much that is impossible and you definitely don’t know how to do it. But mostly it’s been a path of discovery, learning so much about the cameras when you set your mind to it, but also a path of community. I have been fortunate enough to find so many wonderful people along the way, from Polaroid old timers like Dr. Plummer, who in collaboration with Dr.Baker designed the optics for the SX70, and that patiently has replied all my emails, to Peter Carcia, with whom I spoke for the better part of an hour, telling me anecdotes about Dr.Land and the Y-delay.

But this is only the beginning, I am not going to mention everybody but I will try my best, oh, and in no specific order: Santi, Dave, Matt, Jos, Julien, Jayce, Zane, Hannes, Roger, Thomas, Marco, Rod, Kyle, Georg, Kendar, Jun, Jeremy, Simon, Konrad, Michał, Sebastien, Ivan…

But don’t get me wrong, the path is also a a difficult one, even if I have pursued most of the things I wanted to do, sometimes information is privileged, or almost impossible to get, or a trade secret, or copyrighted. Bummer. 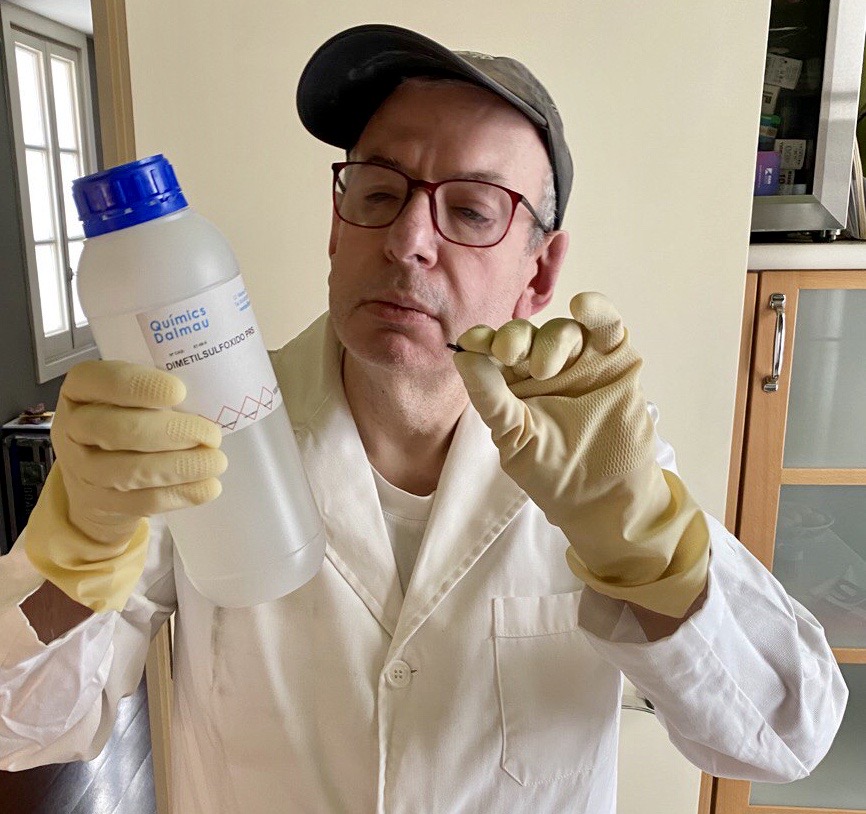 Sometimes the stuff that I want to accomplish is just to dangerous, like trying to decap the original chips, and do nice pictures, or maybe reverse engineer it. That was an episode that I rather forget, specially the fire! But fear not that I will try again! 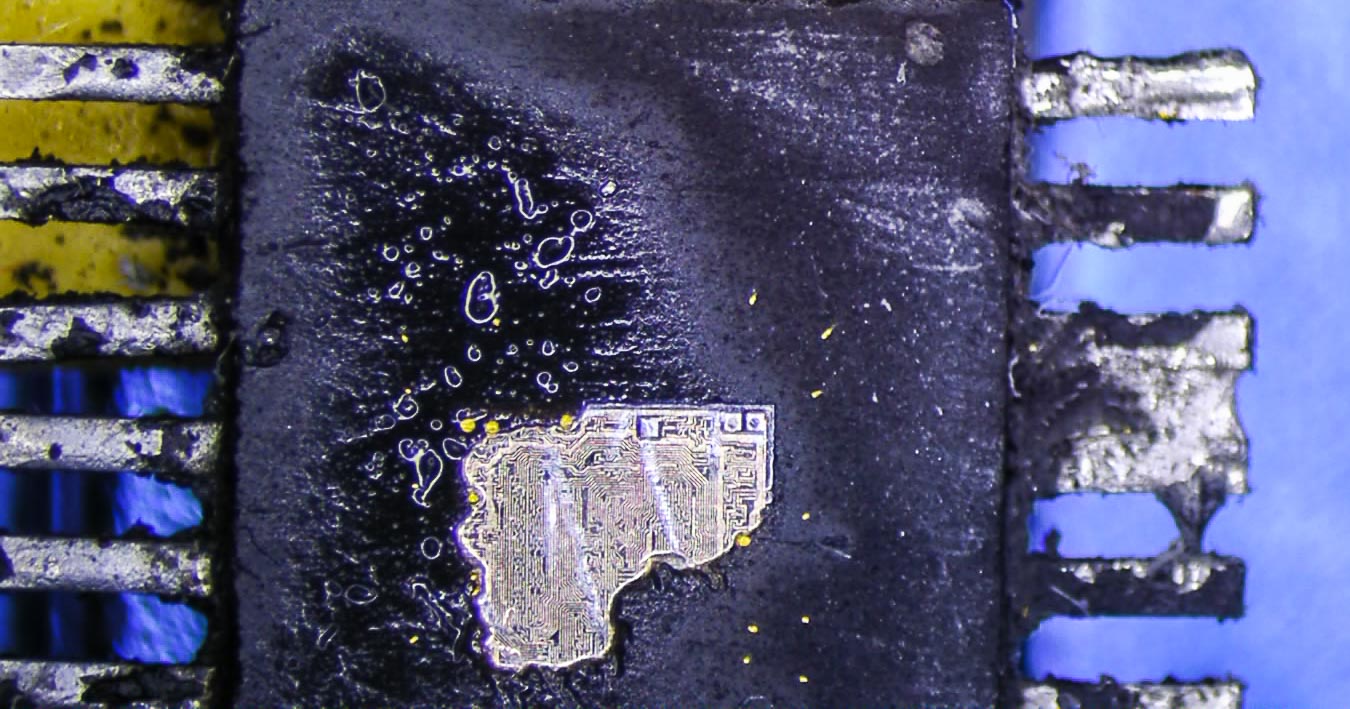 Many people ask me why decaping is necessary, let me answer that, it is NOT necessary, but it would be really interesting, some people even, reverse-engineer the original electronics in the die.

I have always revered good tools, so I set out to get myself a SX70 toolset, and, if I couldn’t get it original, I thought in my ingenuity, I would make a new one. Well, suffice to say I am still struggling with that, most of the time information is given to me in confidence, and that is sacred to me, but of course makes things so much difficult. 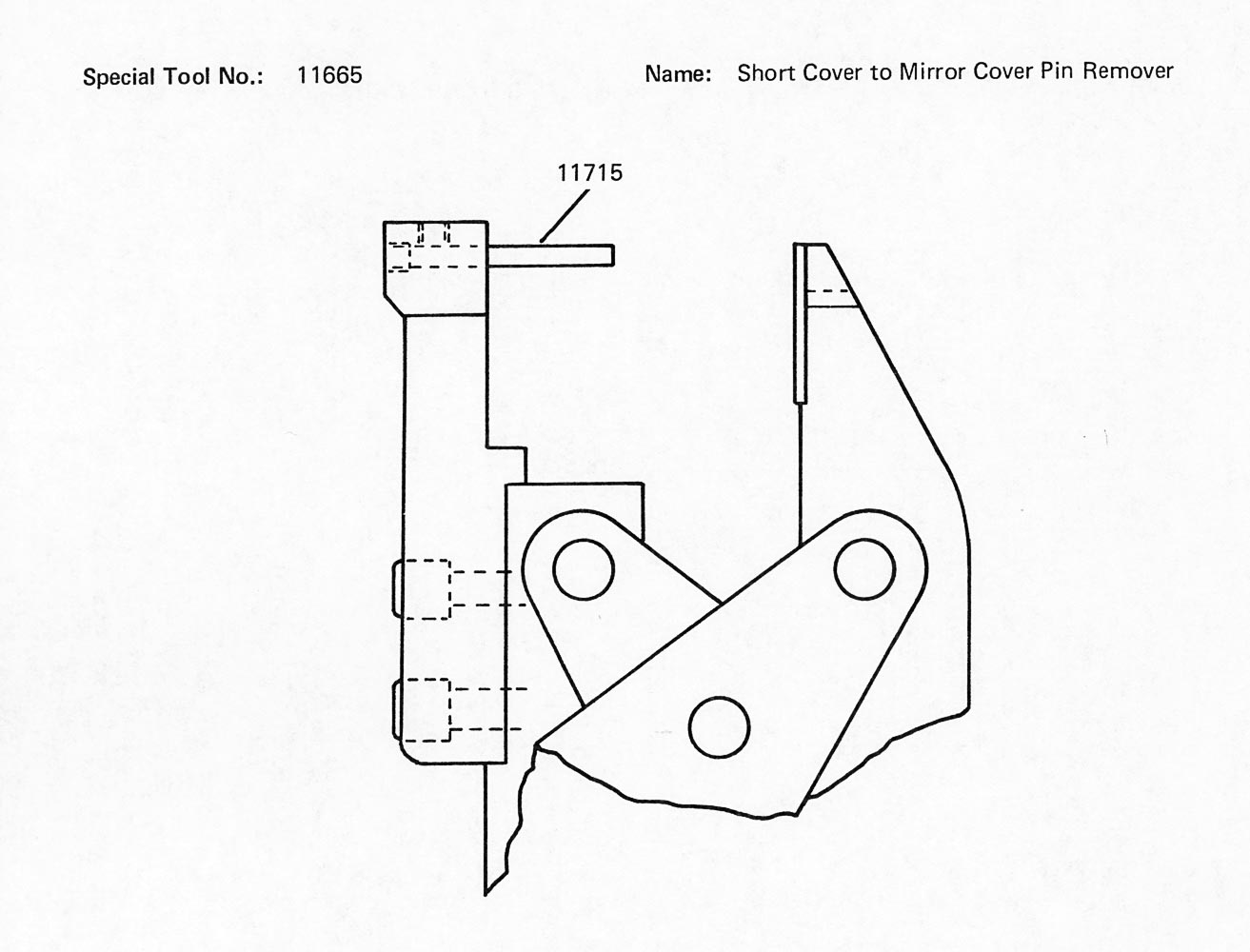 And I understand it, it’s not the same to spend 5 minutes (or whatever) removing the boot, than 5 seconds with the boot removal tool, so it makes for a competitive advantage. I get it, and I respect it and honor it. Some of the things I wish for are impossible now, like going to Boston, and trying to study the Polaroid material related to the SX70 that’s in Baker Library and MIT, if you have the (highly recommended) book “The Polaroid Project” you know what I mean. And, of course, going to the “holy” places… Osborn St, Technology Square…

Dr. Land on the left, the amazing Matt Widmann on the right, Osborn St.

Speaking of MIT, I highly recommend the virtual tour of Part II of the Polaroid Project exhibition, please note the images in “Listing and artifacts” because some of the prototypes are amazing and never seen before. 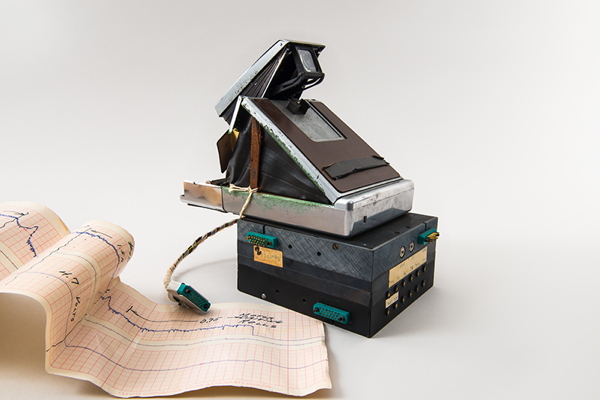 This picture belongs to MIT MUSEUM.

The results so far for me are amazing, dipping deep in the patents, or just trying “what if”, we have experimented with aperture priority, with faster shutter speeds and so much more. I feel like Mickey in the Sorcerers apprentice… and worry that all the brooms are going to go crazy any minute!

Now I find myself in a crossroads. And it is scary. On the one side there’s the path of experimentation and utter craziness that I have described, you know, no strings attached. On the other there’s the, shall we call it the “product” side, this path is a difficult one, fortunately I have Santi and my family as partners, with sometimes even more enthusiasm than me. Bless them. This path has, many challenges, far beyond monetary or time, there’s many boxes to tick to make it right, to make it unparalleled to anything out there. And in 2020 everything is different for most of us, there’s many people suffering hardships, and a bad economic forecast. This makes one think if there’s even a market left in that “upper right corner”… for the ultimate SX70. Let me reply myself: yes, I think there is, but our product has to be something not only better but way better, more innovative, with nicer design, giving an unprecedented and unparalleled experience, and that means not only having the highest standards, but also dipping deep in getting new parts, like MCCs, like motors, or even my BodyFlex initiative.

And if new parts no longer exist we have to try to make them again, and to the highest standards, something that Dr. Land would be proud of. THAT IS A TALL ORDER.

So Joaquín what does all this mumbling mean? Some hard decisions. As I said taking this path is expensive, it’s a lot of work and money, so I decided that I want to differentiate it from the open project. Call it a licensed spin-off. Dongle design industrial design and a new software that I have commissioned will proprietary to the product. Electronics will be the same as open. This may have a new name… or not. But will take the SX70 where no SX70 has been before. Also this will be in evolution. I hope to never leave the experimentation trenches, and in time, those discoveries might be ready for primetime if you know what I mean. Software has to be super reliable, efficient, and, let’s face it, it was above my pay grade.

The openSX70 project will be better than ever, will have its own software with nothing to envy, open, and taken care by people who really know what they do. Since so far the project has been for me a money pit, with resources coming in, this will improve things, also we will try to make it easy for DIYers to get the boards somehow. But believe me DIY is not for everyone, and, if you don’t know what you are doing you have a lot of possibilities of screwing your camera. So far all the kits and boards that I have provided has been on me, although a few donations have been made that are appreciated. I don’t see myself giving support to DIYers in the long run.

Finally I want to talk about the “SX70 scene”: I see young people taking on fixing and giving life back to this cameras, and feels amazing, they just do it for the love of the cameras, but also the high end refurbishing business is meeting new amazing standards, that even surpass Polaroids back in the day.

And lets not forget that this is only possible because of the ever improving Polaroid film, without them, then and now, none of this would happen. And yes, we all love Time-Zero, but it is what it is, and, is ever improving and it is pretty good now.

But you have to think that this is not just a board swap, there’s so much CLA that needs to be done, probably new machines will be needed for perfect calibration. New parts as mentioned and much more.

So, be patient and be ready for amazing news in 2021! We are going places. And keep in mind that the reason we are taking so much time is, that once decided to go with a product we don’t want to rush things, we want to test everything and make sure everything is up to Polaroid Corporation standards, so we can take the SX70 where no SX70 has been before!

As always I am looking for SX70 “anything” both in confidence (secret that I won’t share) or to share it, both as a gift of to buy it, I am talking tools, original manuals, press kits, special editions, accessories… That’s it. Joaquín out. Stay safe. Stay healthy.