You might remember it, it was the biggest story from April 2010, a kid, Brian Hogan had found an iPhone4 in a bar in Redwood City California. Problem is the iPhone4 didn’t yet exist as such yet: it was a prototype.

Brian said he called Apple trying to report the phone, true or not, the fact is that he sold the phone to Gizmodo for 5000 dollars.

Now let’s look back to September 8th 1975. (You can see the original bullentin at the end)

TO: All Center Services Managers

If it is found to be an R shutter, good or bad, replace it with a Q shutter.

Record the customer’s name, address and telephone number and forward this information to me along with the shutter.

Specifications for the R shutter differ from all other SX-70 shutters.

But I’ve already shown you how the shutter works. The inefficient shutter, as was called, had a changing aperture, and was the work of the late Dr.Baker and Dr. Plummer. It has the characteristic teardrop shape in one way or another…

Aside from asking Ted Liszewski we can only speculate, but I think they must be lost prototypes, probably given to employees.

So here’s my plea, if you have any information about the R Configuration or have a camera with that configuration, please contact me. Also, any related documentation would be very welcome. 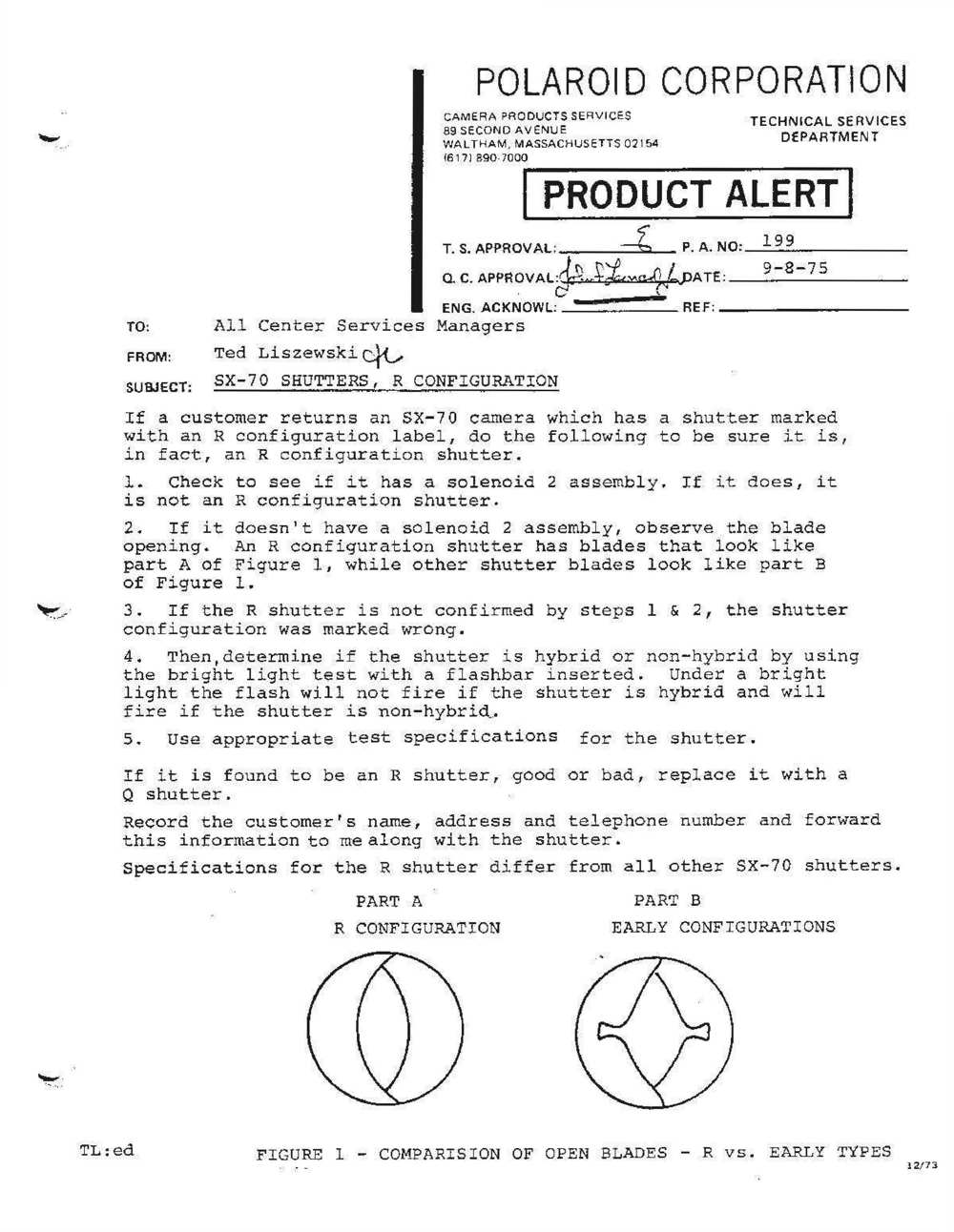