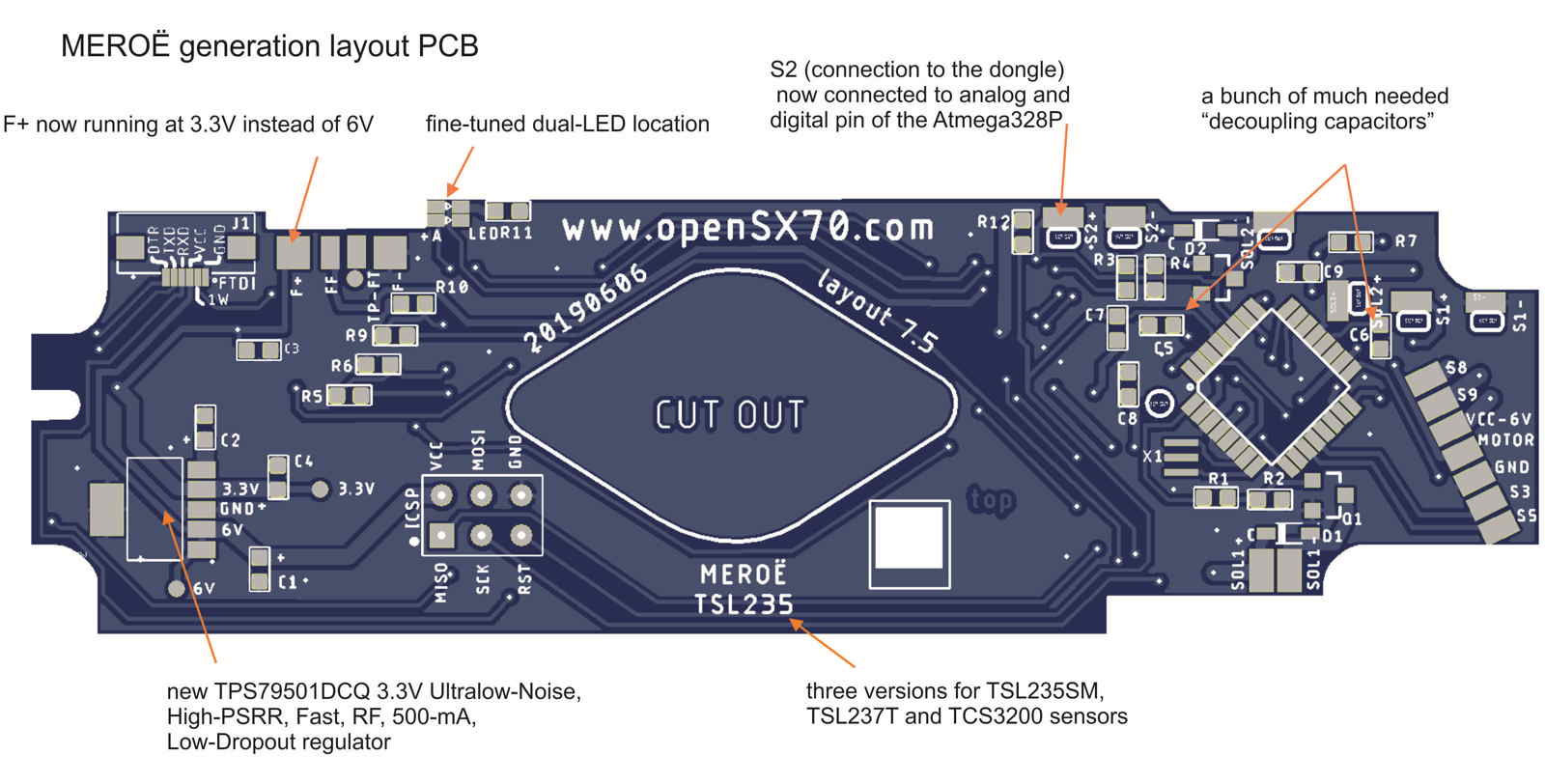 You probably already know about my reworked “ALPHA” PCBs.

But the other day and for USD29.96 including shipping (plus whatever customs taxes I have to pay), I ordered from JLCPCB fifteen of what I call test-transitional-PCBs, nicknamed “MEROË”. I know that I probably f—ed up, but 15 boards (in nice green red and blue) for 15 bucks, what can I say. Couldn’t resist.

First looking at the top side there are a couple of differences with the previous version, the main one bein the use of the TPS795 Ultralow-Noise, High-PSRR, Fast, RF, 500-mA, 3.3V Low-Dropout Linear Regulator as recommended by Dave. Also recommended by him I added a bunch of capacitors (not perfect yet I know!). Also as a sort of big change I have connected S2 pin on the camera to PC4/SDA an analog and digital pin on the Atmega. More on that soon.

I have also fine-tuned (I think!) the location of the VF LEDs. 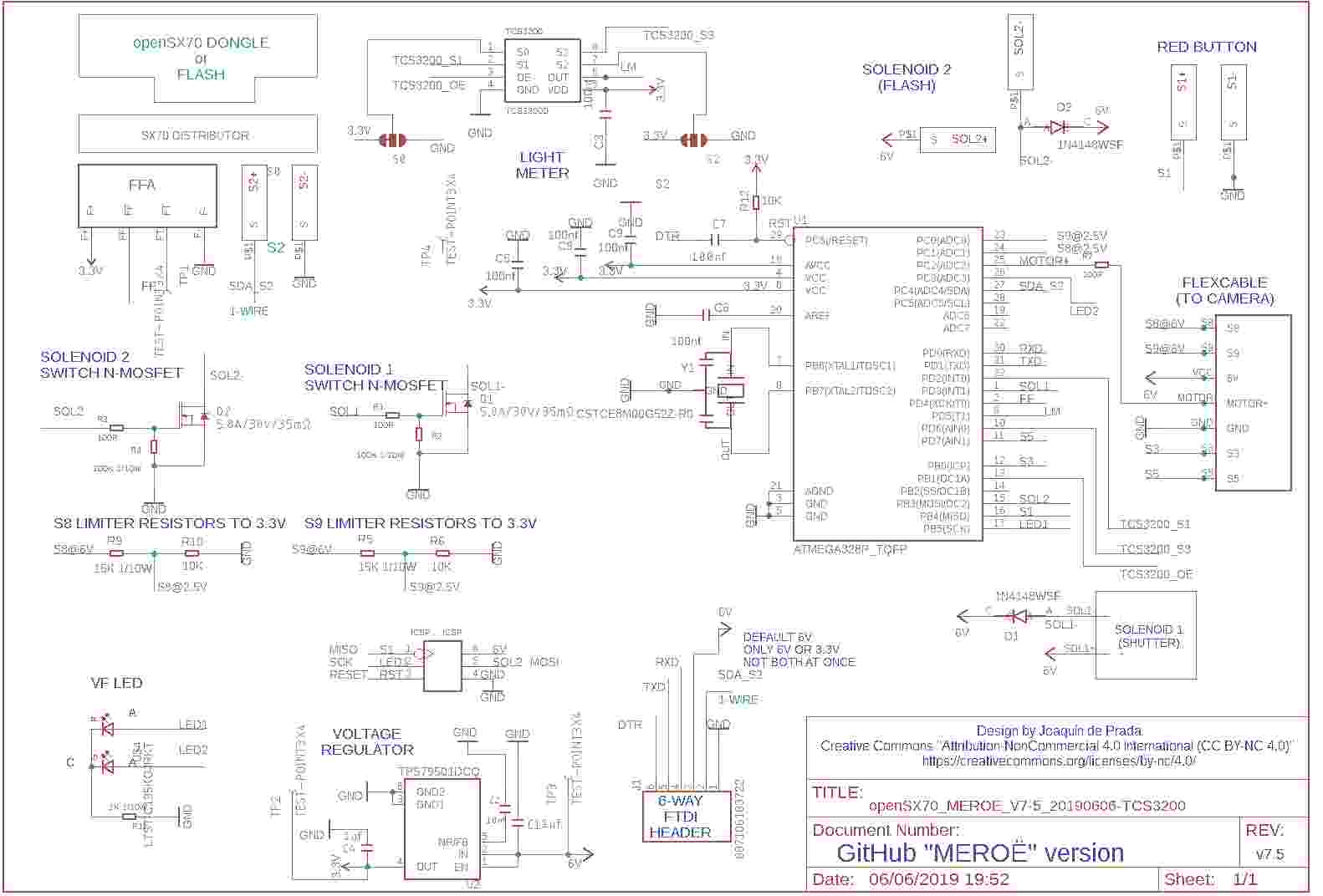 But the main reason to place the order was to test different light-to-frequency sensors, namely TSL235 (this one I only find the regular version, the similar SMD “SM” version is not found), the TSL237T and the TCS3200. 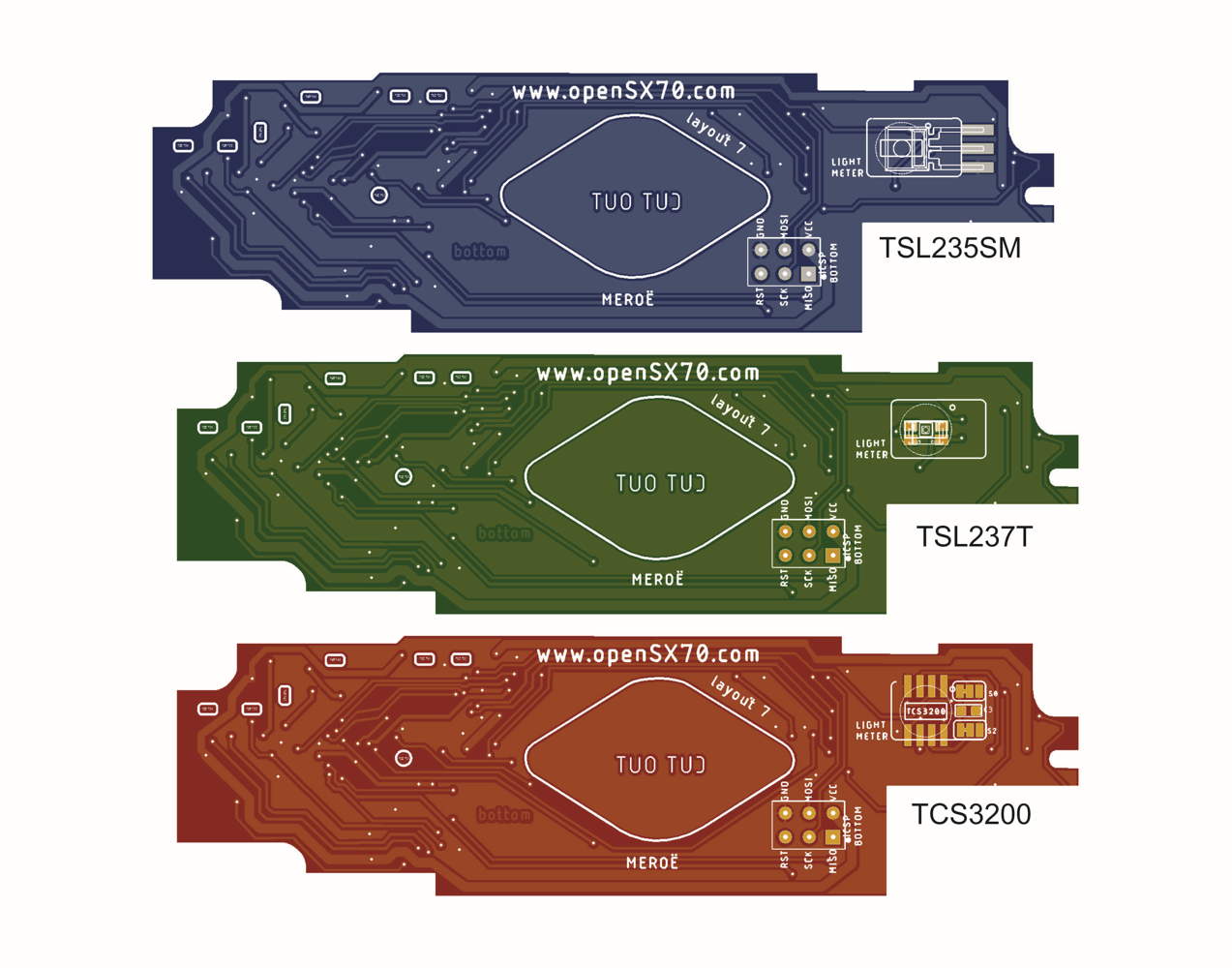 The only one that I have really tested is the TSL235R. Unfortunately this chips are either “LC” meaning obsolete. Or NRND not recommended for new designs which is a bummer. Nevertheless I have high hopes for the TCS3200, that also is NRND, but they have a few.

I want to test how this sensors work within the enclosure of the camera. TSL235 Works quite alright, but has the small loupe that the TSL237T and similar footprint chips don’t have.

TCS3200 is a different beast, it has more area, and has a sort of bayer-mosaic and it sensible to color, I don’t need that, but its not that expensive, and could have a longer shelf life.

Both TSL237T and TCS3200 have OE, chip enable pin, that lets me turn it on or off at will. On the TCS3200 I can also change the colour sensitivity. Way cool.

Another important change on these boards is that flash operations and thus dongle, operates at 3.3V instead of 6V. This has the paramount consecuence of letting me run the dongle directly at 3.3V without needing a regulator as before (when running at 2.5V) This is because the 3.3V are within the rated voltages of the DS2408 running in the dongle. Cool.